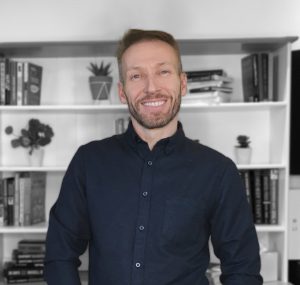 I am an International Life, Personal & Mental Skills Development Coach, working with clients around the world from the UK, USA, Australia, Spain, China, Sri Lanka, Australia and New Zealand.

I initially studied Hypnotherapy and Psychotherapy in the early 1990’s before studying to qualify as an Audiologist.

After 13 years in Audiology, I found myself looking for new challenges and once again returned to the world of the mind, and mental performance.

In addition to working and coaching top entrepreneurs, business people and individuals, I also work in the world of motorsport including series such as BRDC F4, Renault Clio Cup UK and also other racing series with riders on “two wheels” including British Superbikes, World Supersport, Thundersport GB and Euro Superstock series, and also in Karting, helping develop young talent’s mental skills.

I also work with and have been involved with several Formula 1 teams, with other motorsport series and drivers, the British Racing Drivers Club (BRDC) and also Premiership Rugby Teams.

I am a a NLP Master Practitioner Coach and and Mindfulness Coach and a Certified and Accredited Hypnotherapist.

I’m based just outside Cheltenham, UK.

Find out more about Greg at www.gregmccoll.co.uk

Book your session with Greg now

Business Mindset Coaching - What is is & How it Can help you

When starting a business or growing a business, most entrepreneurs can feel at times left alone on a lonely road. At times like this, focusing and finding direction and motivationcan be seem difficult, especially in the early growth stages when the ratio of effort to results can seem disappointing.

Business Mindset Coaching assists you in not just being focused and motivated, but also supports you, encourages you and helps keep you accountable.

As entrepreneurs, one thing that will ensure you keep going, growing and developing even if seems hard, less fun or even daunting is Accountability coaching. It helps you develop a “habit of momentum”. When coaching you, I will be your biggest cheerleader, I will also however keep you accountable, and ensure you follow through and move forward.

Business Mindset Coaching with me, helps you to take Positive Consistent Action and get the results you want, whether you are an established CEO, Entrepreneur or Manager.

Sessions take place using Skype, FaceTime or Zoom or by phone. Sessions usually run between 60-90 minutes. In between sessions, we'll keep in touch, to support you and keep focussed there may also be useful tasks or worksheets to complete.

I want you to get the results you want as quickly as possible. Every session we have I hope is our last. I want you get the momentum, drive and progress you need to move forward on your own. However, I'm always happy to do "top up" sessions or help out any way I can if you need assistance.

Sometimes,extra support is required or requested for those times in between sessions. This is where a personally written and recorded MP3 can really help you. Personal MP3's are usually about 20-25 minutes long and can be used in between sessions to help reinforce the work covered in sessions. (additional cost)